I recently finished Malcolm Gladwell's book Tipping Point. Although the book itself is over 20 years old, the marketing insights are more than suitable for a Social-First generation. 🔥 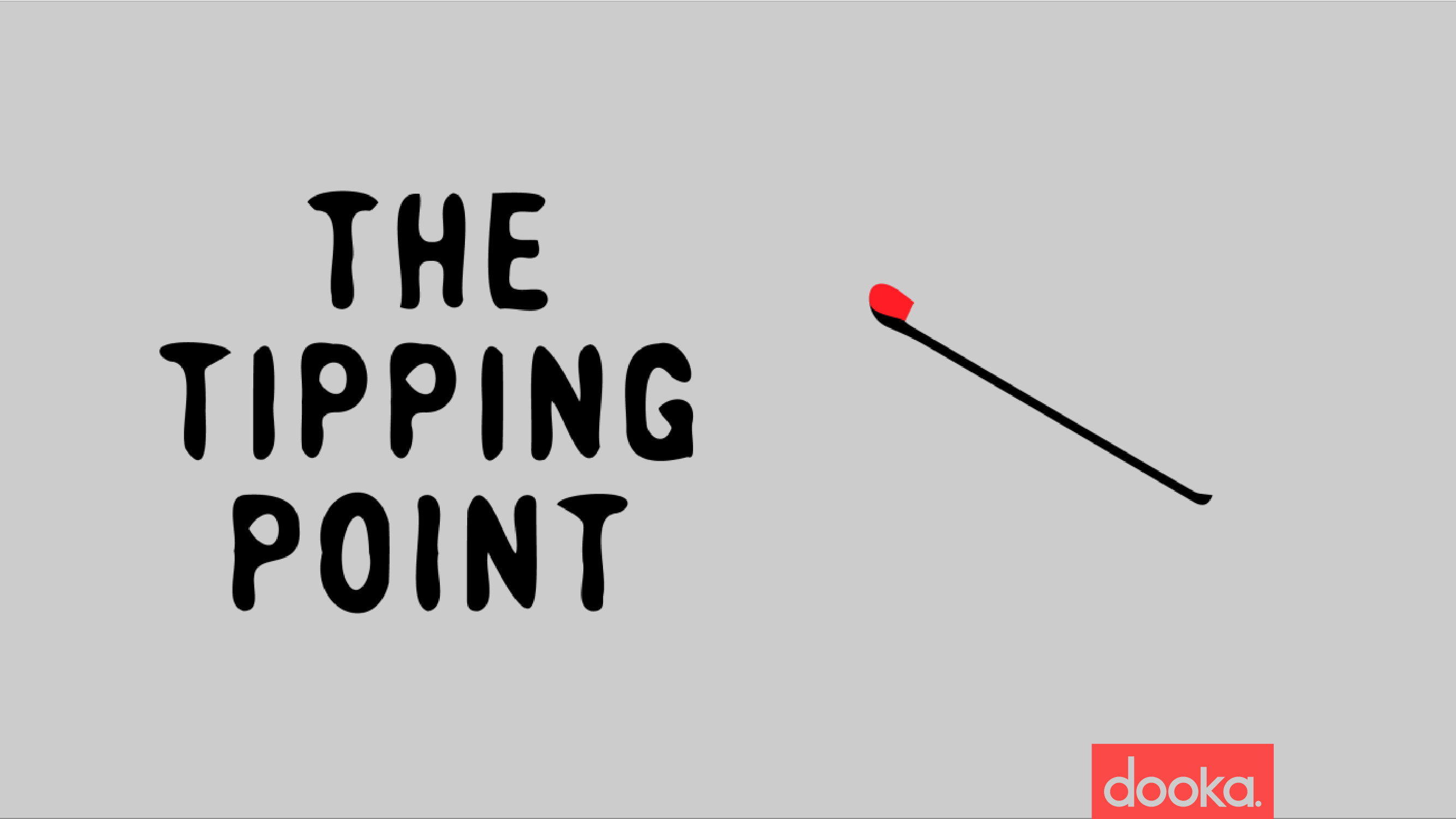 Everyone is looking for it; to go viral. It’s a sure-fire way to get your brand recognised, a massive audience increase and ultimately, that big fat stack of cash and security that comes with infamy.

Viral viability seems to have increased in prospect and reached validation by the masses since the dawn of YouTube sensations who rose to fame through sheer originality and were subsequently mimicked and rehearsed far and wide.

Virality as a marketing proposition, however, isn’t a new niche. An understood number of variables that account for the reaction to a particular campaign are denoted as “the tipping point”. Once this fulcrum is surpassed, the material spreads under its own momentum, leaving less for the brand to do objectively whilst appearing more organic from an audience perspective. In the industry; we call that “A win win”

I’ve just finished Malcolm Gladwell’s best seller tipping point. Although this was originally published in 2000 (back when the internet was but a wee babe), the tips have been mastered through the process of social marketing and can help grow a budding business. These are some of the key takeaways and how they could help your brand, product or service “go viral”.

Keep it simple, stupid - The message and it’s delivery need to be repeatable, transferable and understandable for a broad audience. The broader the better. Having broad appeal doesn’t mean it can’t have a directive push but for people to “get it” the simple messages always win.

Look at the “Run 5, donate 5 nominate 5” challenge from the pandemic. It galvanised a movement because the message was short, snappy and sticky. Creating an achievable challenge with a do-good factor stuck with people, and the act of nominating meant the message spread faster and further as there was a pride to the association. Which leads me onto the people…

People trust people - Salesmen, Mavens and Connectors. Who relays the message is as important as the content of the message itself. We all know the guy who knows a guy, but some guys are the guys who know all the guys - you get me? Some people are so community driven that their recommendation is communicated to a vast audience. Some people have a natural likeability factor which means when they sell or market a product we value their perspective and trust the brand more.

This has been validated notoriously by the phenomenon of influencer marketing, getting someone with a following to associate with your brand. However, audiences are becoming savvy of this particularly for larger stars.

Be selective in who, better to have a committed following of 5,000 - 10,000 in the right industry than a following of 250,000 in the wrong one. Marketing has changed massively in this aspect, but scepticism from customers has caught up almost as quickly.

It’s all about context - So what, who and now where (not to be confused with nowhere - very close in spelling, almost opposite in meaning, go figure). Setting the scene for delivering a message means catching the audience in the right place at the right time. Remember that time you paid over the odds for the same meal in a fancy restaurant and it seemed to taste way better? Hate to break it to you buddy; but you just got context-ed.

In socials it’s all about selecting the right platform to deliver your message and the way it is formatted. This is of course driven by the overall brand, but if you're an anti-corporate punk festival, you probably don’t want to sell to the grannies on Facebook. Alternatively, if you're selling crisps, you might want to look to galvanise gamers on Twitch (see genius video for Pringles). Context is changing, just look at the emergence of high end fashion brands on TikTok, but there is a mass of platforms out there and investigating the types of people who hang out where to align with your target audience means getting the message to the people who need to hear it most.

Since the release of this book, tribes and communities have become more niche and secular as the pie is divided into smaller and smaller pieces. There’s a world of opportunity out there for marketing on social but you can’t be everything to everyone. The theory of “going viral” is absolute stardom, but unless you're an IsLaNd BoI ‘n’ Im a WaGwArN YeAh, your focus shouldn’t be on broad appeal. You want the right eyes on your content and the right mouths advocating your brand.