Recent revelations around a few major drinks companies (Oatly & BrewDog) have highlighted the necessity for genuine brand representation and communication both internally and externally. Ultimately, we (the consumer) have the power to change the way large corporate businesses operate. 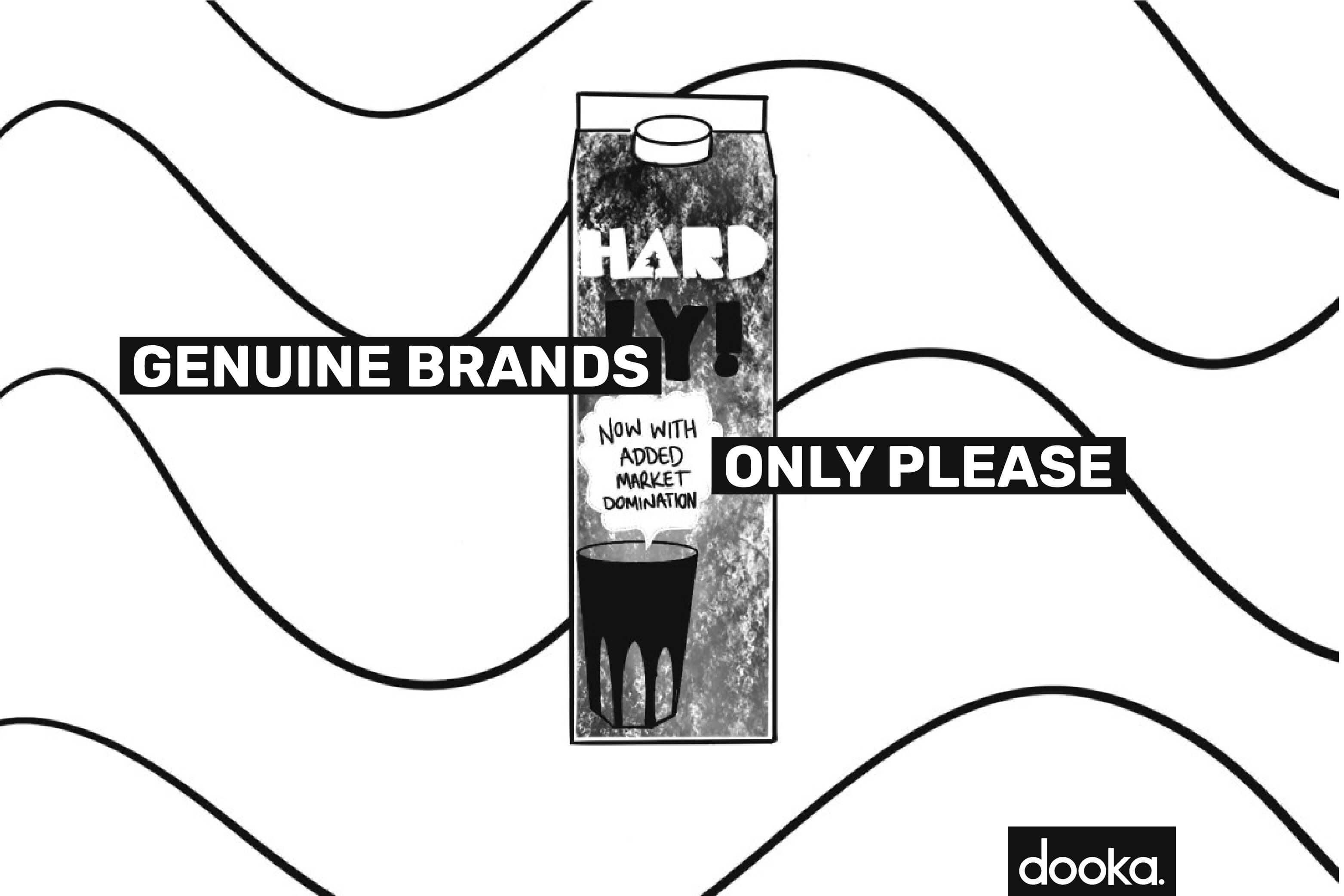 Recent events have brought to light the importance of genuine brand representation. The dawn of cancel culture has had a seismic impact on consumer influence on business practices. And if you don’t practice what you preach, you’ll reap what you sow.

Funnily enough, the BrewDog debacles of late have come within a year of the company being floated on the market, but their stocks weren’t the only thing that went public. An open letter from a number of ex employees of the company (Punks With Purpose) highlighted the toxic work culture that was spreading within the organisation (If you haven’t already read the damnation, check it out here:   https://twitter.com/PunksWPurpose/status/1402724680637747200?s=20).

James Watt, BrewDog founder and CEO, is notorious for his guerrilla style marketing and his far from safe tactics to cause ripples in industry. Since the public release of the letter and it’s ensuing twitter storm, responses have been formulated and fires quenched, but is it all a little too little too late?

Public support naturally goes to the underdog. I mean, hell, the BrewDog brand IS built upon being an UnderDog. It’s tenacity in the beer industry has had a big part to play in the insurgence and acceptance of craft beer by the general consumer. The speed in which they have grown to the global behemoth status they are, in their relative infancy, is unprecedented. But readily shareable content from unsupported sources, now more than ever, has a crippling effect on the external representation of a brand. The voice of the individual (or in this case, individuals) can be heard far and wide without the necessity for large marketing budgets; but with authenticity.

This public shaming undoubtedly highlights the importance of prioritising not only the internal dynamic, but also the dialogue. Cultivating a comfortable, creative environment for your team in which they feel valued ultimately reflects outwardly through genuine commendations. Businesses are morally obliged to facilitate supportive surroundings for their staff, but with the power of social media, they can’t afford not to.

Another brand that has been in hot water recently is Oatly, our much beloved “milk drink” alternative. Now, this one isn’t quite as cut and dry. Oatly are engaged in a Trademark Infringement case against Glebe Farms. Glebe Farms are again, undoubtedly, the underdog. A small, independent, family owned and ran farm that are the self proclaimed “gluten-free” experts, Glebe Farms released their own product “PureOaty” into the market.

A disruptive noise maker and industry shaker themselves, the Oatly brand is heavily marketed for “humans”. Their language is casual, their attitude is inviting and their aesthetic is friendly. Much like BrewDog, they have fought against the bigger firms in support of a better planet. Notably, recently against amendment 171 in which plant-based substitutes to traditional dairy products were to be outrageously altered in name, wording and even packaging. Again, an opportunity for the whizzes of the Oatly marketing team to champion their own stance in the revolution. - https://www.youtube.com/watch?v=-XjpWOSAqSA

However, yet again the disruptive power of cancel culture and public damnation has led people to question the moralities of the leaders of these current cult revolutions. And realistically, is it any surprise? Much of the same outrage happened from their investment and corresponding 10% share delegation to Blackstone group. Oatly have aspirations for this $200M investment with a desire to good, but through them, it would wield a power too great and powerful to imagine (yes, that is the second quote directly from Gandalf in this article, not bad eh?). The problem with this scenario is, there’s only so “good” a company can be in support of their competition before it becomes bad business. The case between Oatly and Glebe Farms is no different to the shower of shit rained from larger companies across industry consistently to isolate a market advantage. The main issue here is; we trusted them that they would be different.

The world is going down in flames and operating businesses that provide a better, brighter alternative to the current running of things is the only way we’re going to get out of it. Patagonia founder Yvon Chounard’s book “Let My People Go Surfing” highlights the necessity for consideration into all parts of business practices to the most minute detail if you want to create a collectively positive impact.

The power has shifted to the consumer perception of brands. Scrutiny into holistically positive business practices is publicly available and it is the responsibility of everyone to be a militant “conscious consumer”.

Dooka’s mission has always been to “do the work we love, for ideas we respect, with people we admire.''. We want to work with businesses to create positive change and impact. Honestly, (however naively) BrewDog and Oatly were high up on our list of dream clients. Our perception is (like many others) so skewed by public representation which is usually backed by large corporate agendas. We want to work with internal teams to improve communications and workplace culture. We want to align departments so their voices are heard and represented by the brand they are building. We want to help genuine businesses publicly communicate who they are and what they stand for. Most importantly, we want to do good.

If you want to do good too, get in touch.

What I didn't expect from Stockholm

Open for Business | Part 1: The Beginning

Getting your First Clients as a Freelance Designer.